VintageSilvertones.com is pleased to present our first major update in nearly 20 years. To celebrate the update, we’re busting out some super rare axes. Featured below. There’s still some tweaks to be done in the gallery. We’ve switched from Paypal to Stripe. If you prefer to use Paypal drop us a note. If the Fedex shipping seems excessive, drop us a note. We might be able to get a better price. 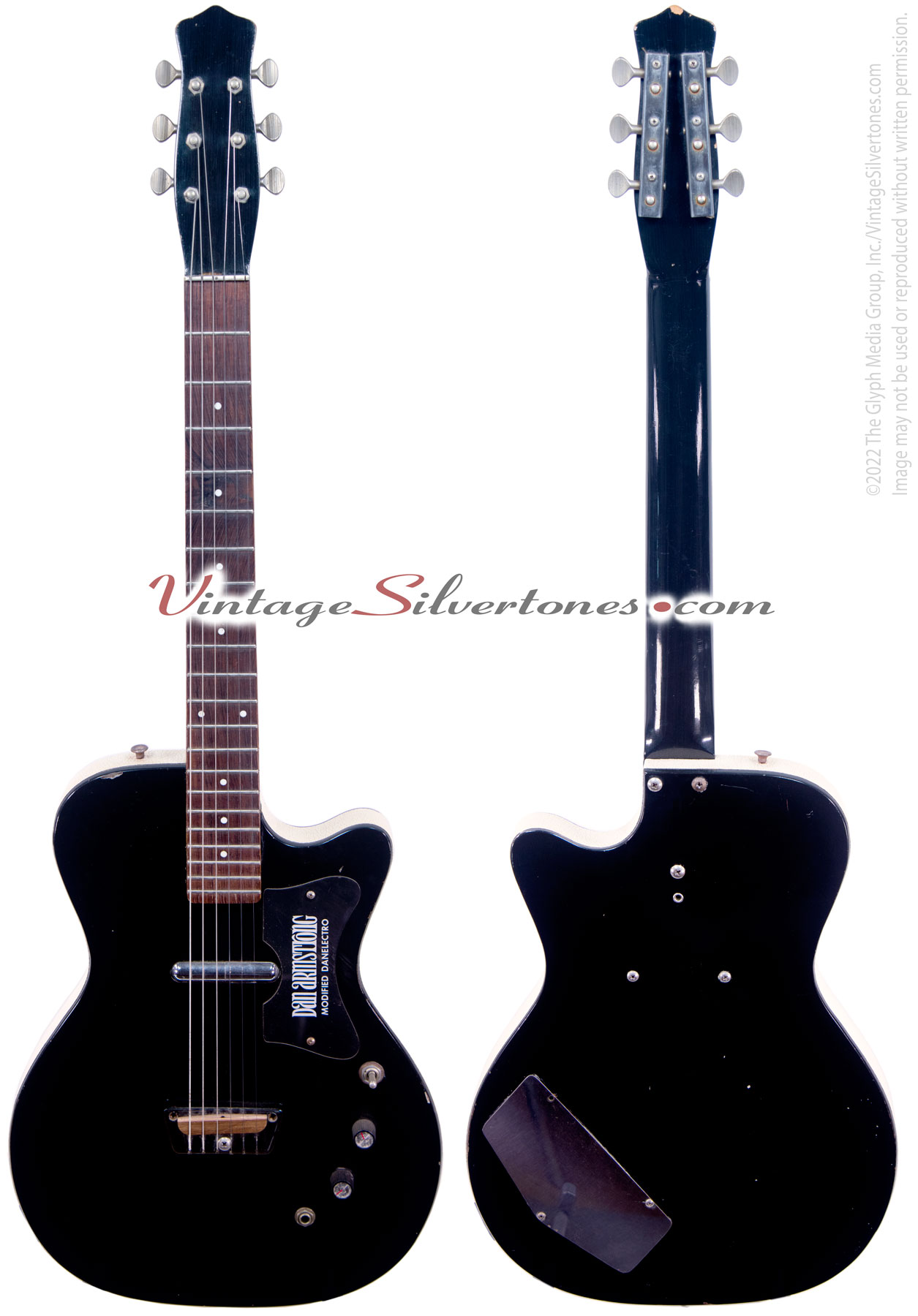 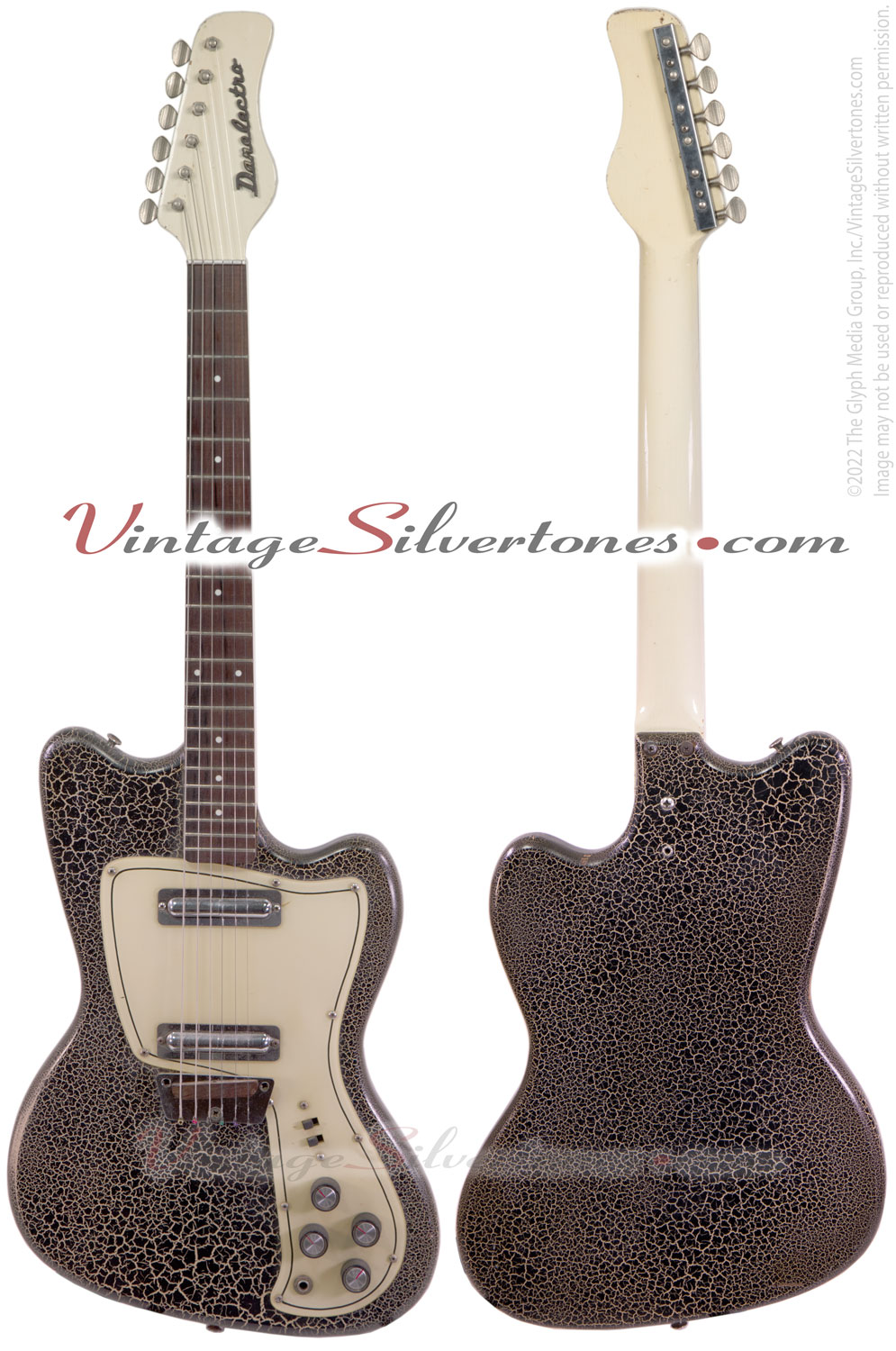 A sharp-looking and hard-to-find 1967 Danelectro Dane series B2N solidbody electric guitar made by Danelectro of Neptune New Jersey. It has an off-white neck and black crackle finish body. Groovy! 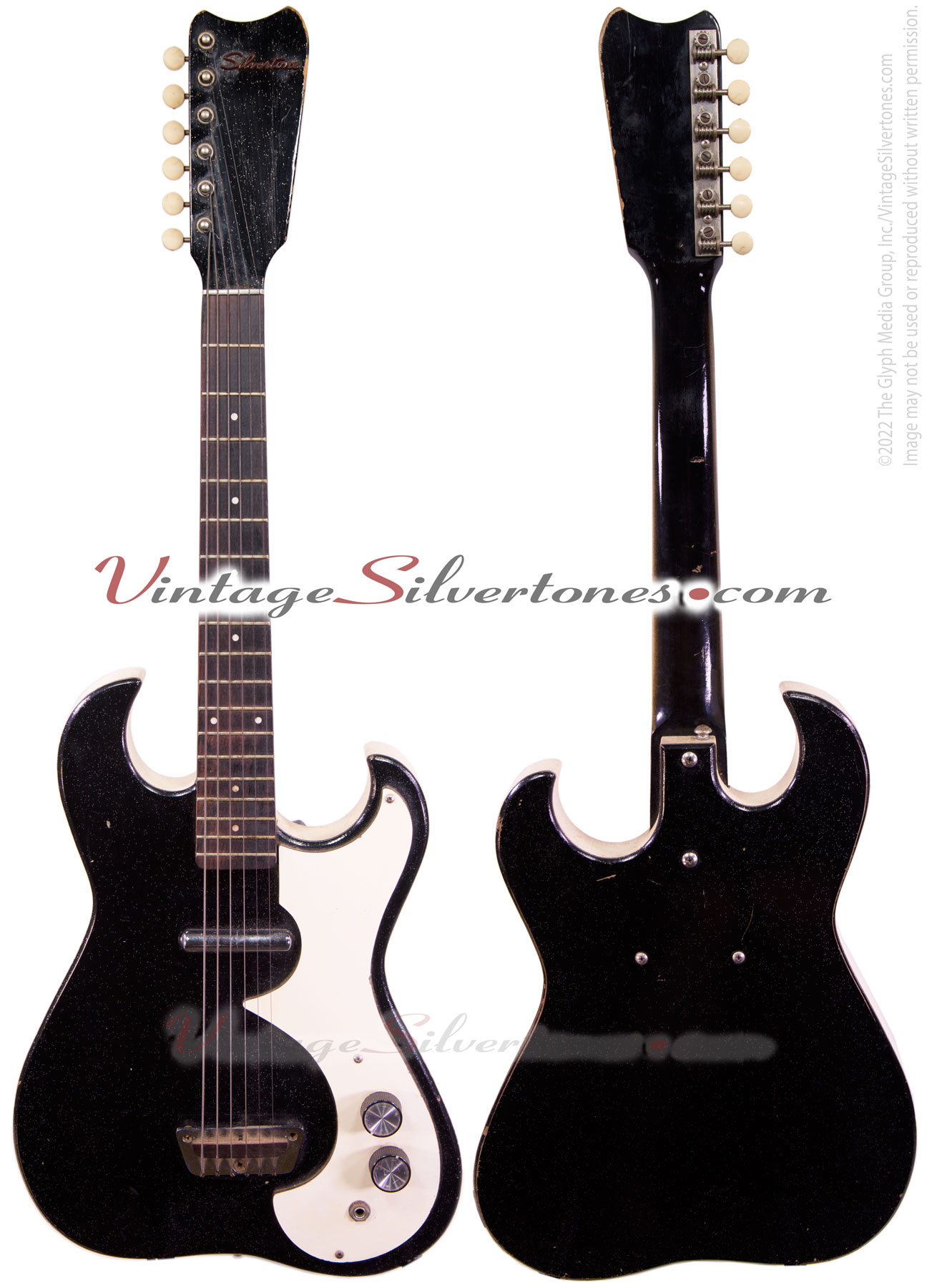 This Silvertone 1448 guitar is a classic piece of American music history & should be in a museum. It may be the first amp-in-case guitar ever made. It is a prototype, guitar made by Danelectro. It was owned by the infamous musician, studio musician, and inventor: Vinnie Bell. For serious collectors only. 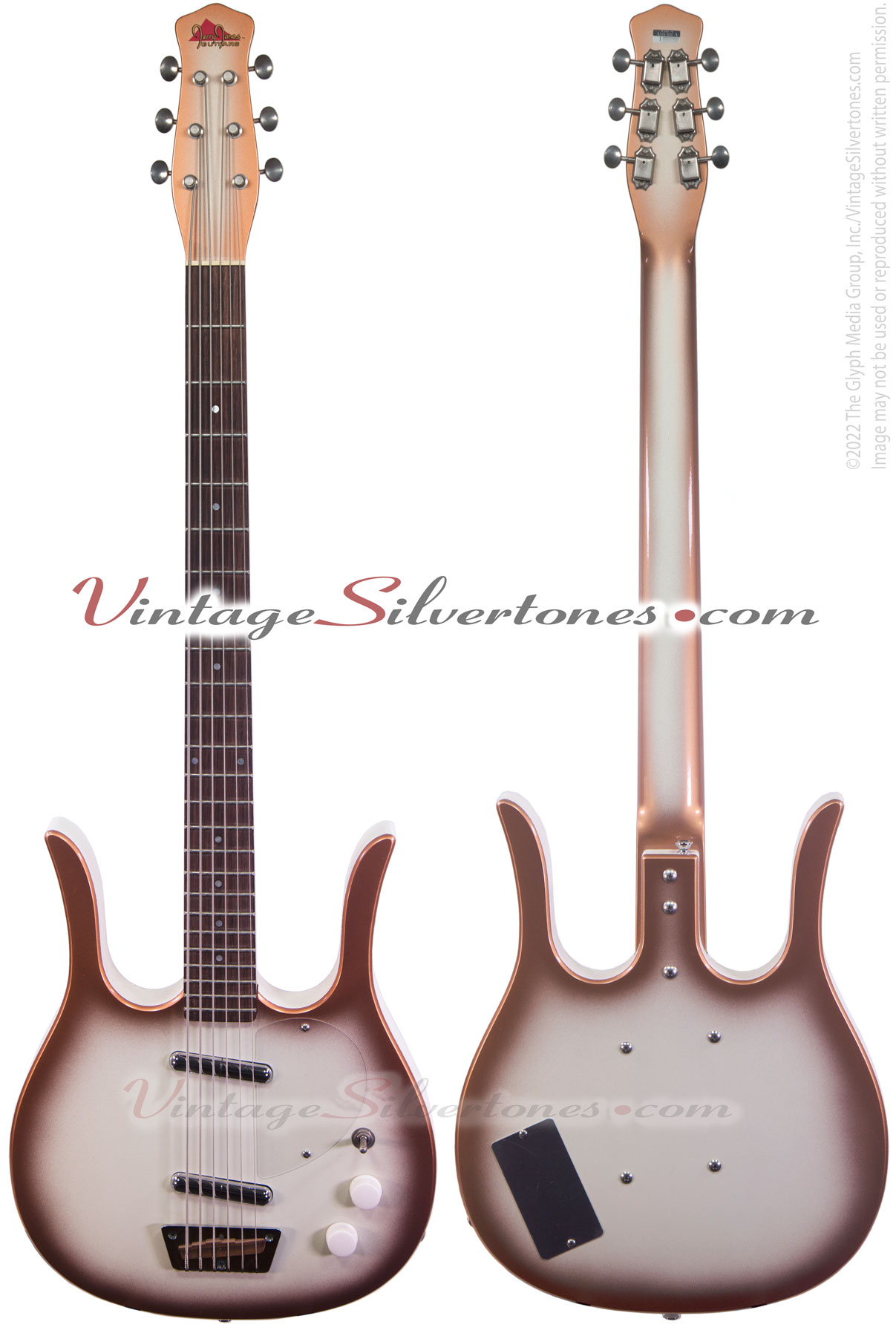 This super cool axe is a 1990s Jerry Jones Longhorn Bass6 electric guitar made in Nashville TN. It was owned by Robert Quine who played with Richard Hell & The Voidoids, Matthew Sweet, Lou Reed and many others. It’s the final of three Quine guitars we purchased shortly after Robert died. 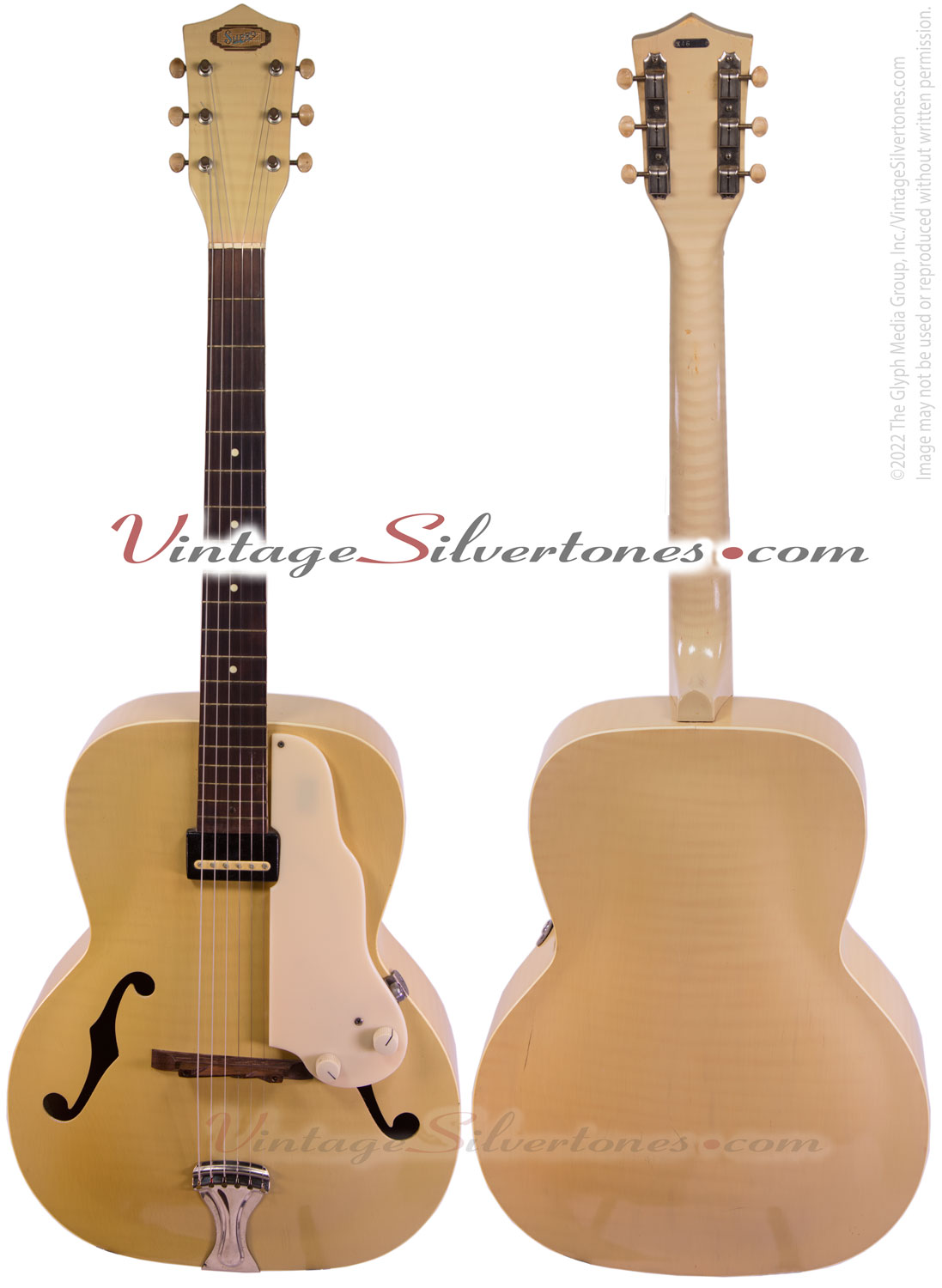 This is a super, clean, 1955 Supro RANCHERO guitar made by National/Supro/Valco. This is the earliest version of the Ranchero. Supro used the Ranchero name for guitars from the 1950s (possibly late 1940s) to the 1960s with various configurations. 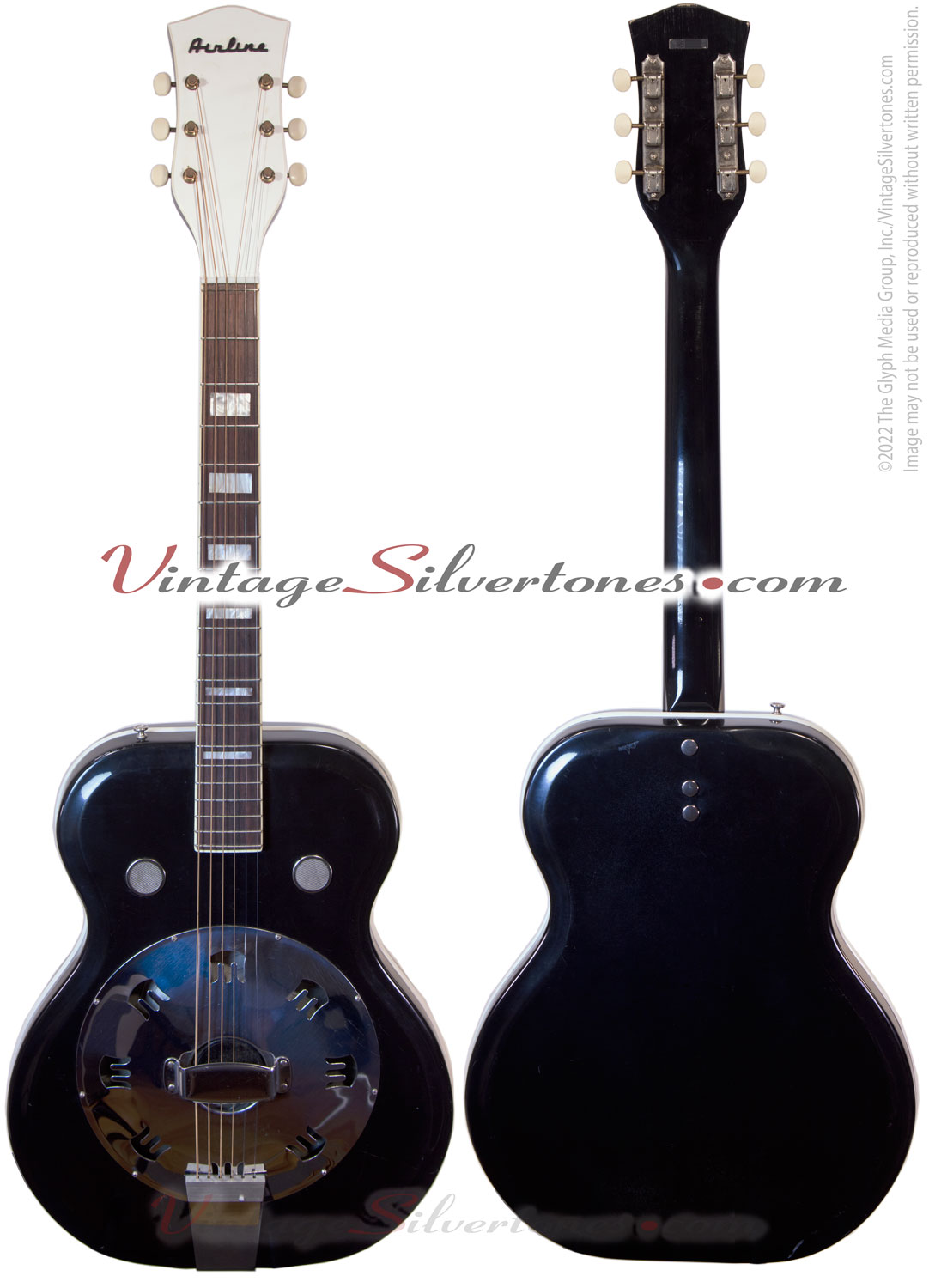 This is a circa 1965 Airline Folkstar/New Folk Resonator resonator guitar made by National. This is the extremely rare version of the resonator guitar with the crown headstock similar to that used on the Nationals of the early 1950s. 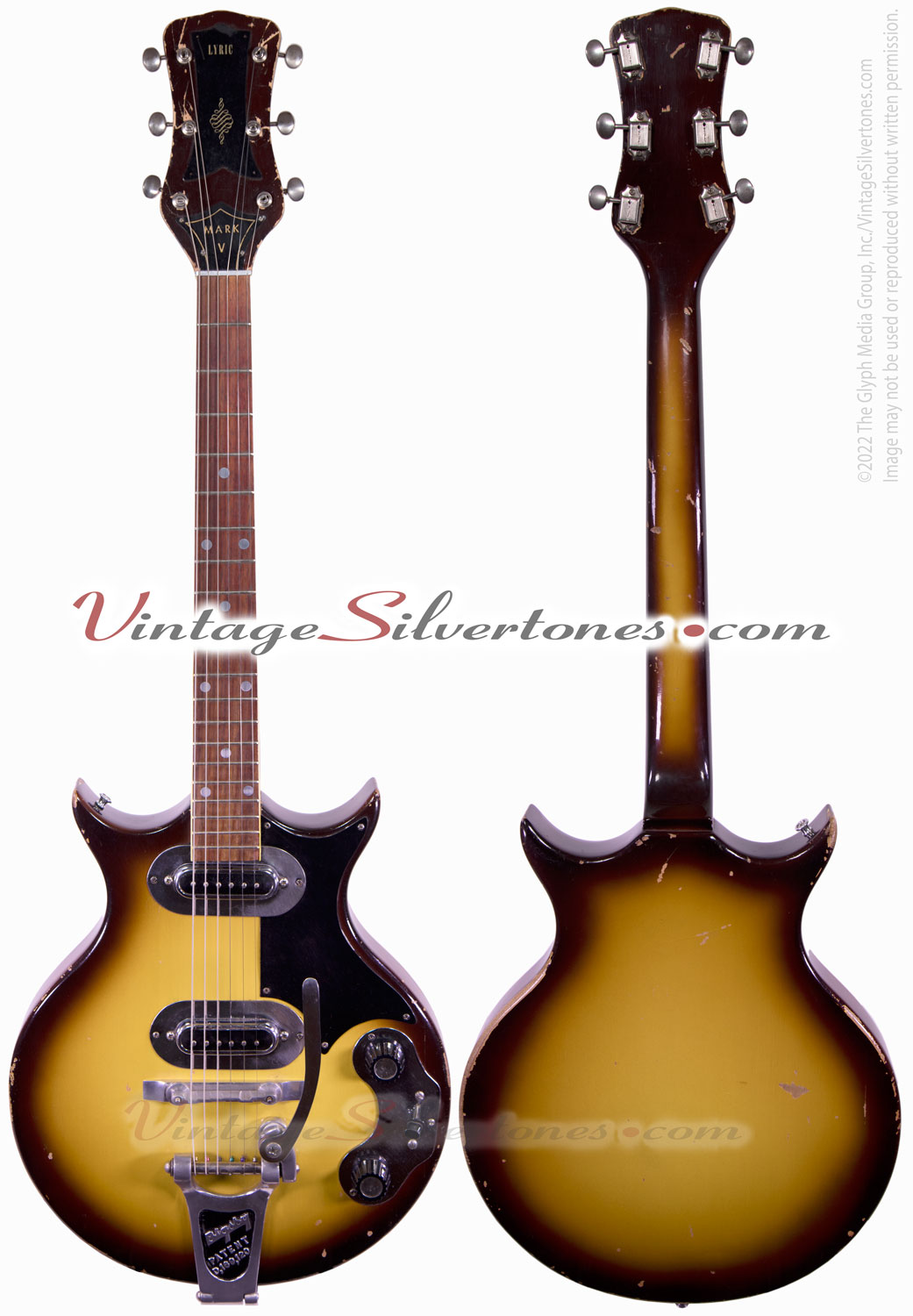 This is a late 1950’s Lyric Mark V electric guitar made by Magnatone of California. This beyond, extremely rare guitar was designed by Paul Bigsby. Here’s an opportunity to own a Bigsby designed guitar for a fraction of the price of one he built. 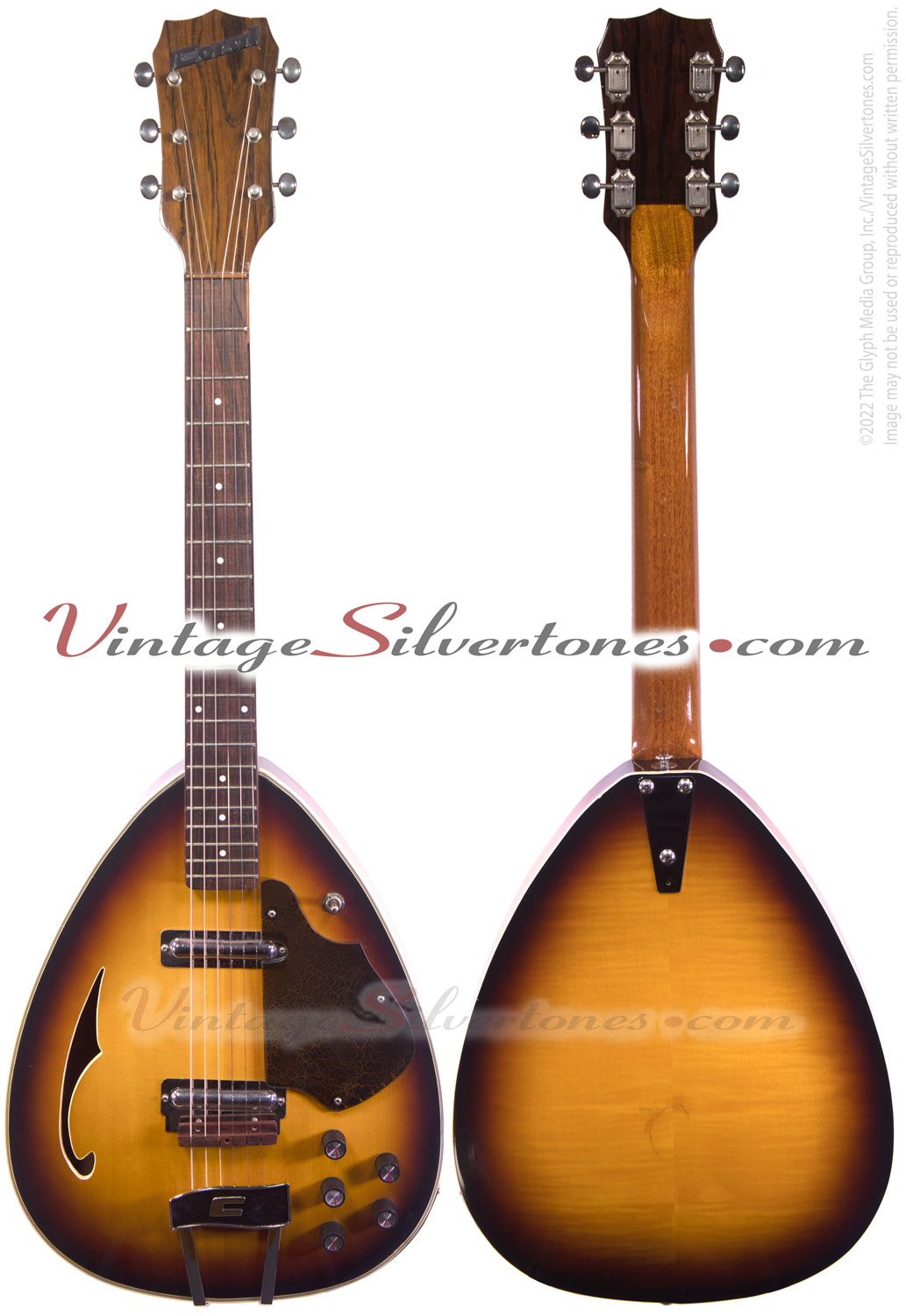 This is an extremely rare, T2N6 Coral Teardrop guitar made by Danelectro of Neptune, NJ circa 1968 making this guitar one of the last Danelectros-Corals built. This is a beautiful Kay Thin Twin K161, electric guitar made by Kay of Chicago. It has two single coil pickups that range from twangy to smooth. It features a maple body with rosewood fretboard. And is one of the most popular Kay guitars and was in their catalog from 1953 to 1960. 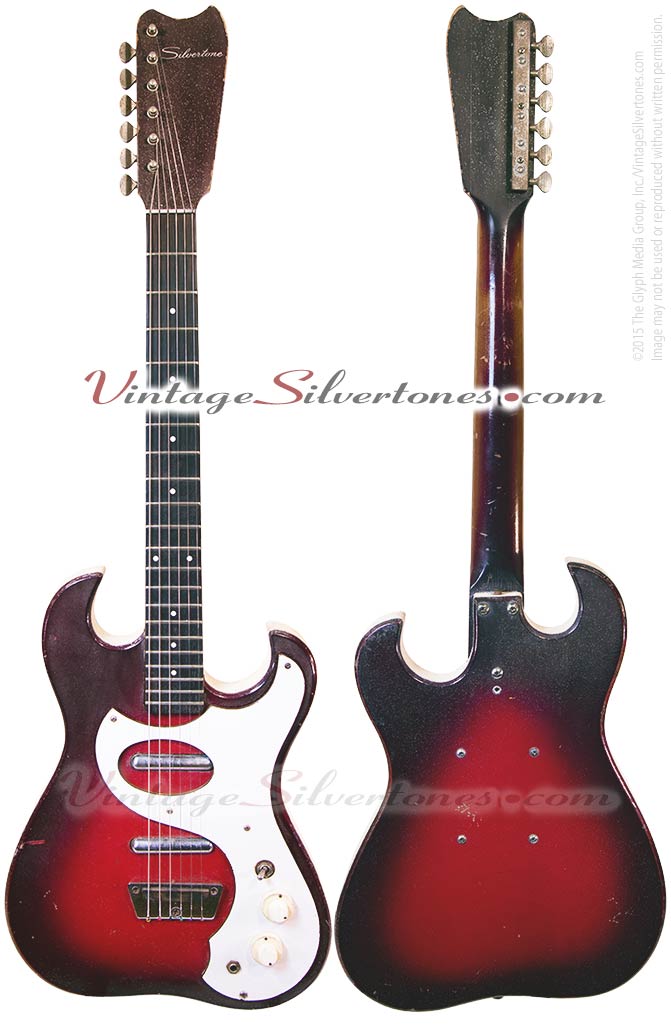 This super cool and classic, redburst Silvertone 1457 is a full scale guitar that will rock your socks off! It launched a million Rock bands on Christmas mornings in the mid-1960s. And will make a great, fun playing, addition to your collection.

VintageSilvertones.com is a curated collection of electric guitars chosen for their unique tone, design, and significance in electric guitar history from approximately 1950-1980. This collection approaches electric guitars from the underdog perspective. So we carry guitars built for the masses, luthiers & manufacturers who pushed the boundaries as to what was possible in terms of not only instrument quality but tone. Design also plays an important consideration in this collection. Alternative materials, innovative tuning systems, and high quality-low cost manufacturing processes are only some of the unique qualities found on instruments at VintageSilvertones.com.

This site was started to establish an accurate history of Silvertone guitars and has now expanded into other manufactures. Silvertones were created for Sears by a variety of manufacturers including Harmony, Danelectro, Kay, National/Valco/Supro, and Teisco of Japan. You can read more about VintageSilvertones in the gallery area.

VintageSilvertones.com is not affiliated in any way
with Rhythm Band Instruments, LLC (Silvertone) or Sears, Roebuck and Co.

Silvertone is a registered trademark of Rhythm Band Instruments, LLC